Off the Shelf: Annual Recommendations

One of my favorite annual traditions is asking area library staff members to share books that they loved in the last year so that I can share them with you. We hope you find some things to try in the new year or to give as gifts this holiday season.

Laura orders all the materials for our library. She knows our collection well and reads a wide range of things. Her recommended book for this year is Noor by Okorafor Nnedi, “a great book” in our science fiction section.

As our cataloging specialist, Kathy also gets to see every item that gets added to the collection. She recommends All the Little Hopes by Leah Weiss “for the characters and the interwoven stories.” This coming of age novel set in North Carolina during World War II features thirteen year old Lucy Brown who loves Nancy Drew novels. When a local man goes missing, she and a friend make it their mission to find him.

Kathy also loved the memoir When Harry met Minnie: a true story of love and friendship by Martha Teichner, which chronicles a touching and loving friendship between the author (who has Sally) and Carol (who has Harry). Carol, who is dying of cancer, is looking for a home for Harry, her bull terrier. The humans paths cross and become intertwined as the dogs and their owners get to know each other and become family.

Nancy, who is our local history and genealogy expert, and I share a love of historical fiction. She recently read The Clockmaker's Daughter by Kate Morton, one of my favorite authors. Nancy “really enjoyed the story; the writing is solid and the plot engaging.” The book moves between the 1860s and the present day and is tied together by a cool old English country house and a touch of the supernatural. Nancy also highly recommends The Lincoln Highway by Amor Towles.

Our shelver Jim recommends M.R.C. Kasasian’s Mangle Street Murders, the first in a five book series, “for those who are cursed by the desire for more Sherlock Holmes.” The main character, “a self centered know it all Englishman who solves crimes in the Holmes fashion with even more arrogance, if that is possible,” is assigned a ward who becomes his Watson of sorts. Jim characterizes it as a fast read, especially for a Holmes fan.

Lois recommends We are Not Like Them by Christine Pride and Jo Piazza. The two authors tell the story of childhood friends, one black and one white, and a tragic shooting that leads to an examination of their friendship and their racial biases. She also loved Libertie by Kaitlyn Greenidge. Another historical fiction title that I also enjoyed, Libertie is set in post-Civil War New York and was inspired by a true story. It centers on a young Black woman who must choose to follow societal norms or find her own path to personal freedom.

Our newest team member Brittany has worked in youth services in multiple libraries in her career. For a picture book, she loved We Wait for the Sun by Dovey Johnson Roundtree, Katie McCabe & Illustrated by Raissa Figueroa. If you are looking for a middle grade book, try Everything Sad is Untrue by Daniel Nayeri and, for young adults, she recommends Flamer by Mike Curato. For an adult reader, Brittany chose Beautiful World, Where Are You by Sally Rooney as her top pick.

Becky, our resident expert on tween and teen books, called her 2021 recommendations “books your kids will like getting for holiday gifts and actually read.” For tweens, try Stowaway by John David Anderson in which Leo tries to save his dad, who was kidnapped by aliens, by teaming up with space pirates. Every kid feels a little weird sometimes, but in Weird Kid by Greg van Eekhout, Jake feels weird more than most, because he’s really an alien shape-shifter who needs to keep his identity a secret. He finds that “sometimes it takes a little weird to get things back to normal.” Clarice the Brave by Lisa McMann features a cautious ship’s mouse who hides with her brother to stay safe on board, but learns to be brave to survive when there is a mutiny. Rick Riordan’s Daughter of the Deep follows Ana Dakar who attends an elite school on the west coast that is destroyed in an attack while she and her freshman classmates are on a field trip. Famous for weaving the stories of two people together with detailed sketches, as in The Invention of Hugo Caberet and Wonderstruck, Brian Selznick does it again in Kaleidoscope, in which a ship, a key, a garden, and a library tie two random people together through time and space.

For kids who love graphic novels, the most requested series for middle readers are the Amulet series by Kabu Kibushi, Percy Jackson graphics by Rick Riordan, the Smile series by Raina Telemeier, the Phoebe and Her Unicorn series by Dana Simpson, the Big Nate series by Lincoln Peirce, and the Dog Man series by Dav Pilkey.

For teens, Becky recommends Playing With Fire by April Henry, “one of the best mystery/thriller authors for teens.” For teens who loves the Walking Dead, try Jonathan Maberry’s Rot & Ruin series or Broken Lands, a new spin-off companion series bringing back favorite characters and adding new ones. The Brotherband Chronicles or Rangers Apprentice Series by John Flanagan are some of Becky’s favorite teen historical fiction series. Some of the characters cross between the Viking world of Brotherband and the Robin Hood type world of the Rangers. There are also side series like the Royal Rangers with a new book Escape From Falaise published in Nov 2021. If your teen is a fan of Marissa Meyer’s Lunar Chronicles series, Becky recommends the author’s newest book Gilded, a return to the fairy tale world with a Rumpelstiltskin type story. In fact, this is on Miss Becky’s Christmas list! Fans of dystopian stories will love The Buried by Melissa Grey. Game Changer by Neal Shusterman tells the story of Ash who plays football and loves to hit hard, but, in this multiverse sci-fi twist, every time he gets hit, his world changes.

Becky doesn’t only read tween and teen. She also loved Dictionary of Lost Words by Pip Williams and recommended it to me, because of my love of historical fiction. This book is a gripping story of girl whose father was part of the making of the original Oxford English Dictionary. It highlights the power of words and who decides what words are saved and recorded.

Becky reminds us that “If books are not in your budget this year, consider getting your child a library card and making library visits a regular part of your routine. They will have access not only to physical copies of books but also to thousands of digital copies. They also have access to free homework help every day.”

Our friends at the West Point Public Library recommendations for adult fiction are This Tender Land by William Kent Krueger and The Lincoln Highway by Amor Towles. “They can be considered journey literature as both involve following a group of juveniles making their way through the Midwest overcoming obstacles as they try to seek a better life and reconnect with their families.” In Krueger’s book, they are following the Mississippi River in 1932, and, in Towles’ story, they are road tripping on the Lincoln Highway in 1954.

At their library, they’ve also seen a rise in interest in books that have been turned into Netflix shows. This includes the Virgin River series by Robyn Carr, a modern, classic romance set in a small California town and the Bridgerton series by Julia Quinn, a period romance set in the early 1800’s in England. Each subsequent book in both series features a different main character or couple.

For kids, the American Girl Character Encyclopedia by Carrie Anton and Erin Falligant has been a hit at their library since it was initially published in 2017. This comprehensive guide to all the American Girl characters, featuring profiles on each doll from Kaya to the Girl of the Year, along with facts and details about character's accessories, clothing, and sets. In addition, a couple of series perfect for emergent readers who are animal lovers include the Jasmine Green Rescues series by Helen Peters and the Good Dog series by Cam Higgins. Both series have easy-to-read language and illustrations on most pages. And newly published, just in time for the holidays, is Jan Brett’s The Nutcracker with her trademark style illustrations.

Sarah at the Fort Madison Public Library recommends Before the Coffee Gets Cold by Toshikazu Kawaguchi, a charming little book set in a coffee shop in Kyoto that allows people to travel back in time with some very specific limitations. “The characters are fascinating,” says Sarah, “and it really made me think about how I interact with others and the difference my attitude makes in my circumstances.” The sequel, Tales from the Coffee Shop, was just released and “it is just as good.”

Stop by your library for more recommendations. We love to find just the right book to fit your interests.

See you at the library!

Off The Shelf: Celebrating with Gratitude

Off the Shelf: Books are for use and other laws of librarianship 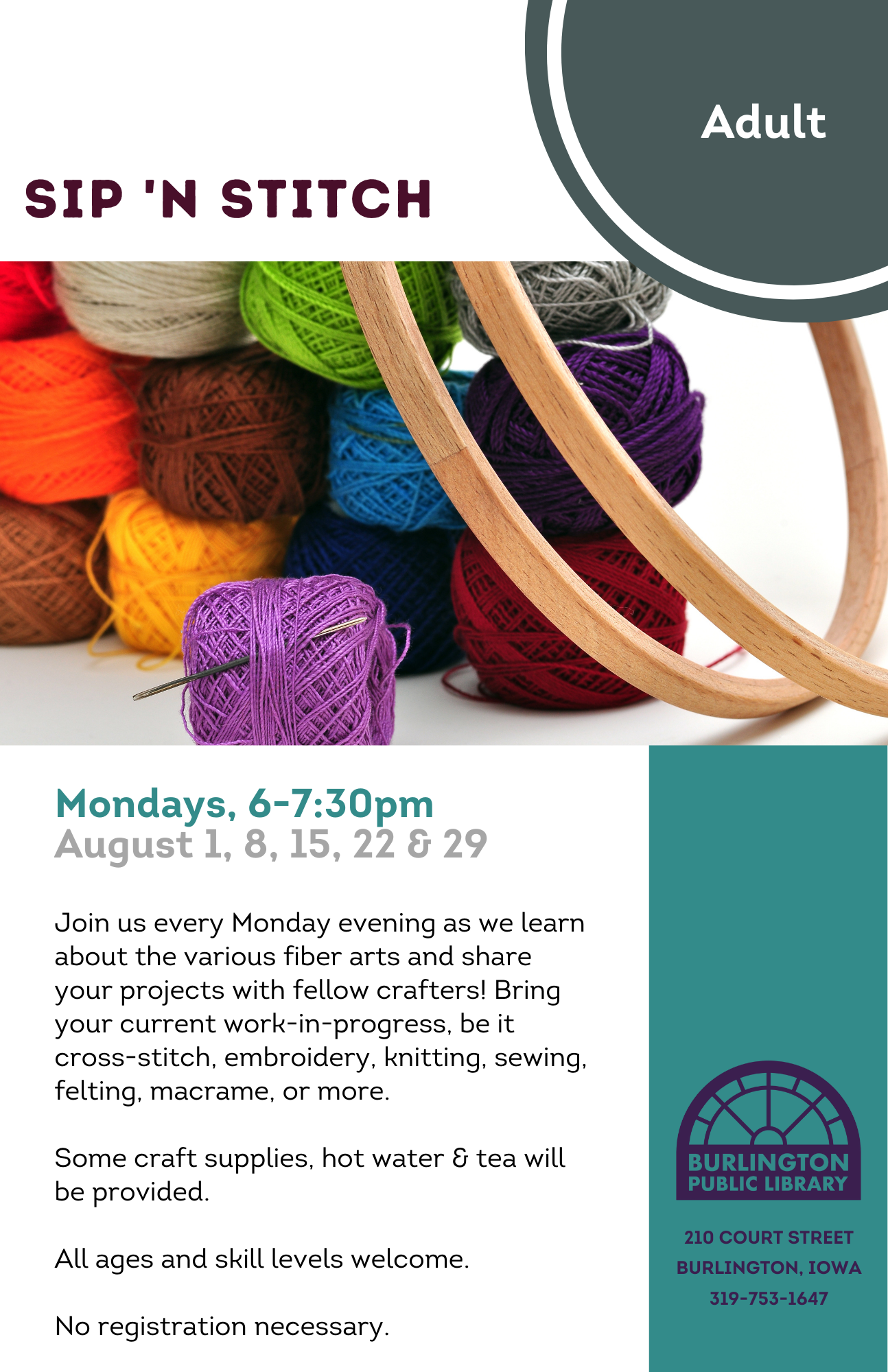 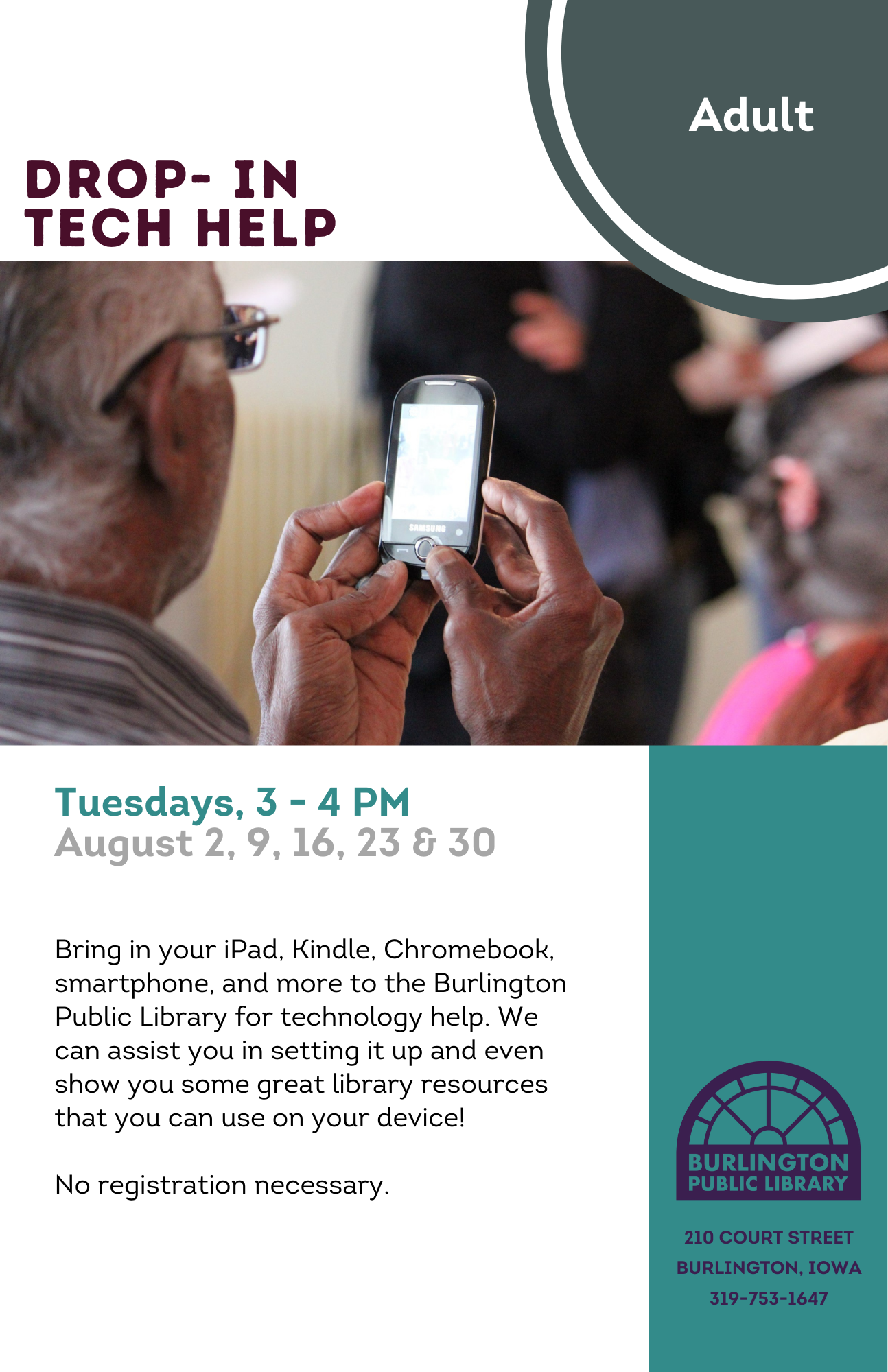 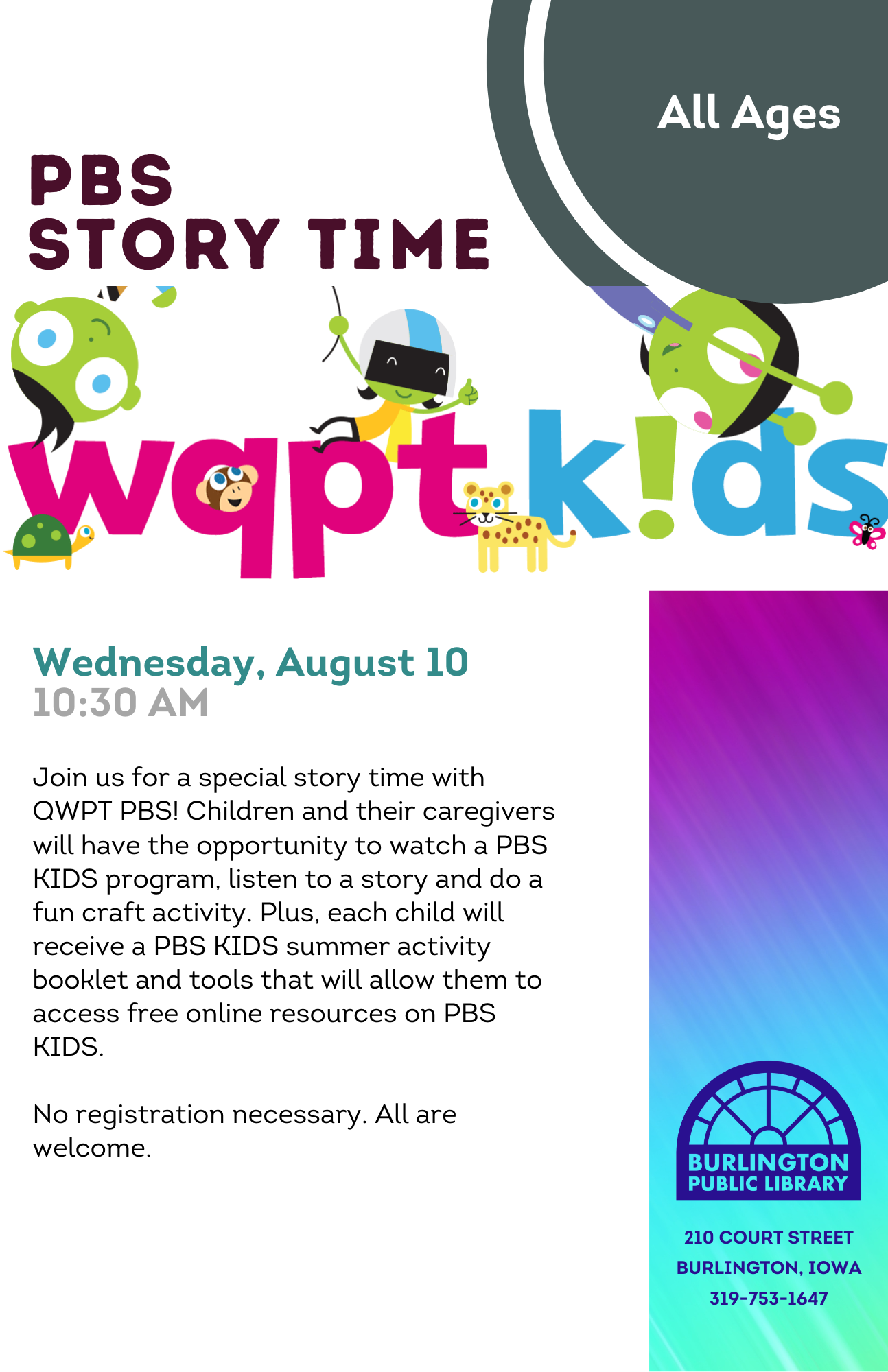 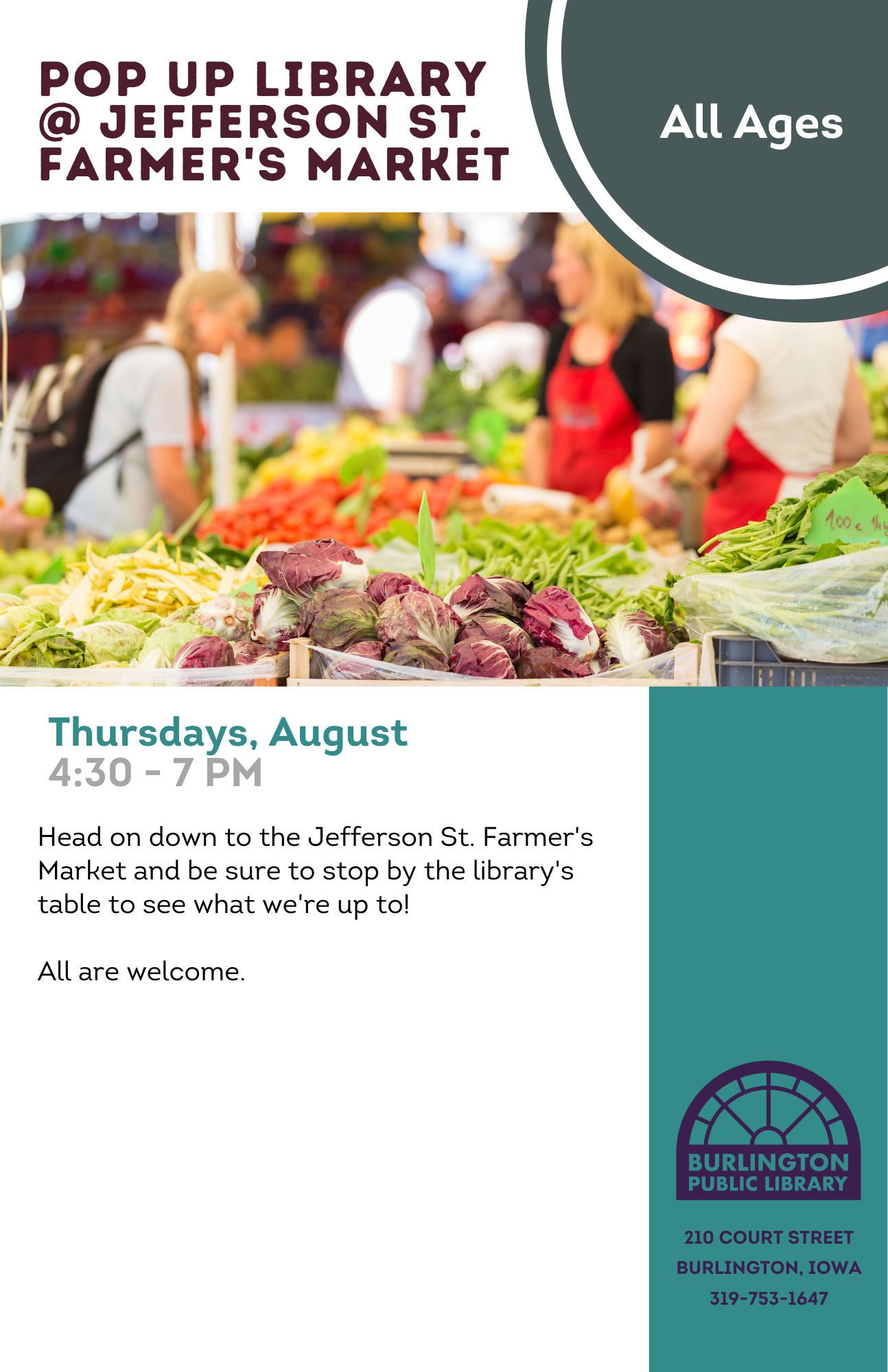 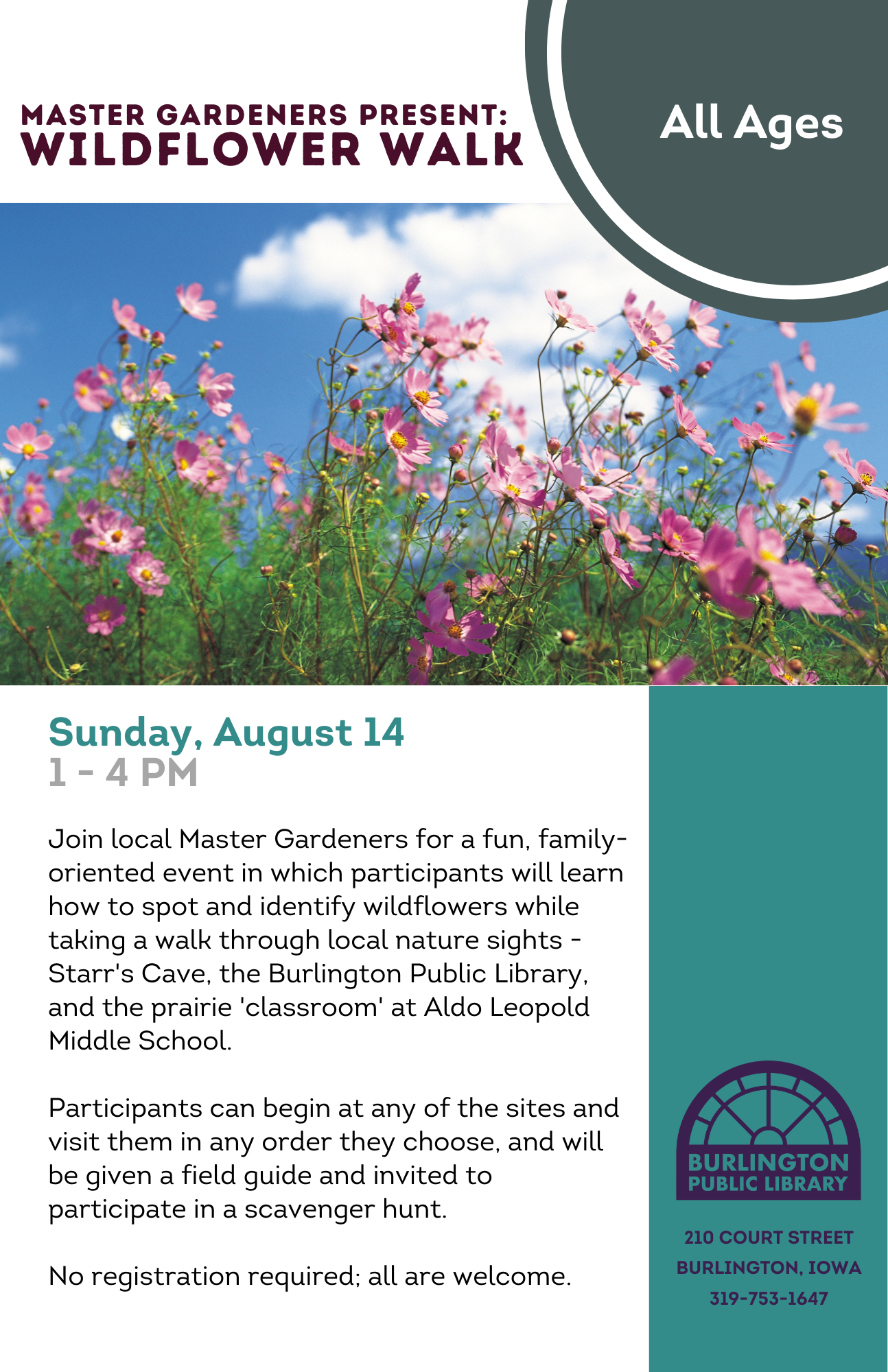 Beyond the Book Club 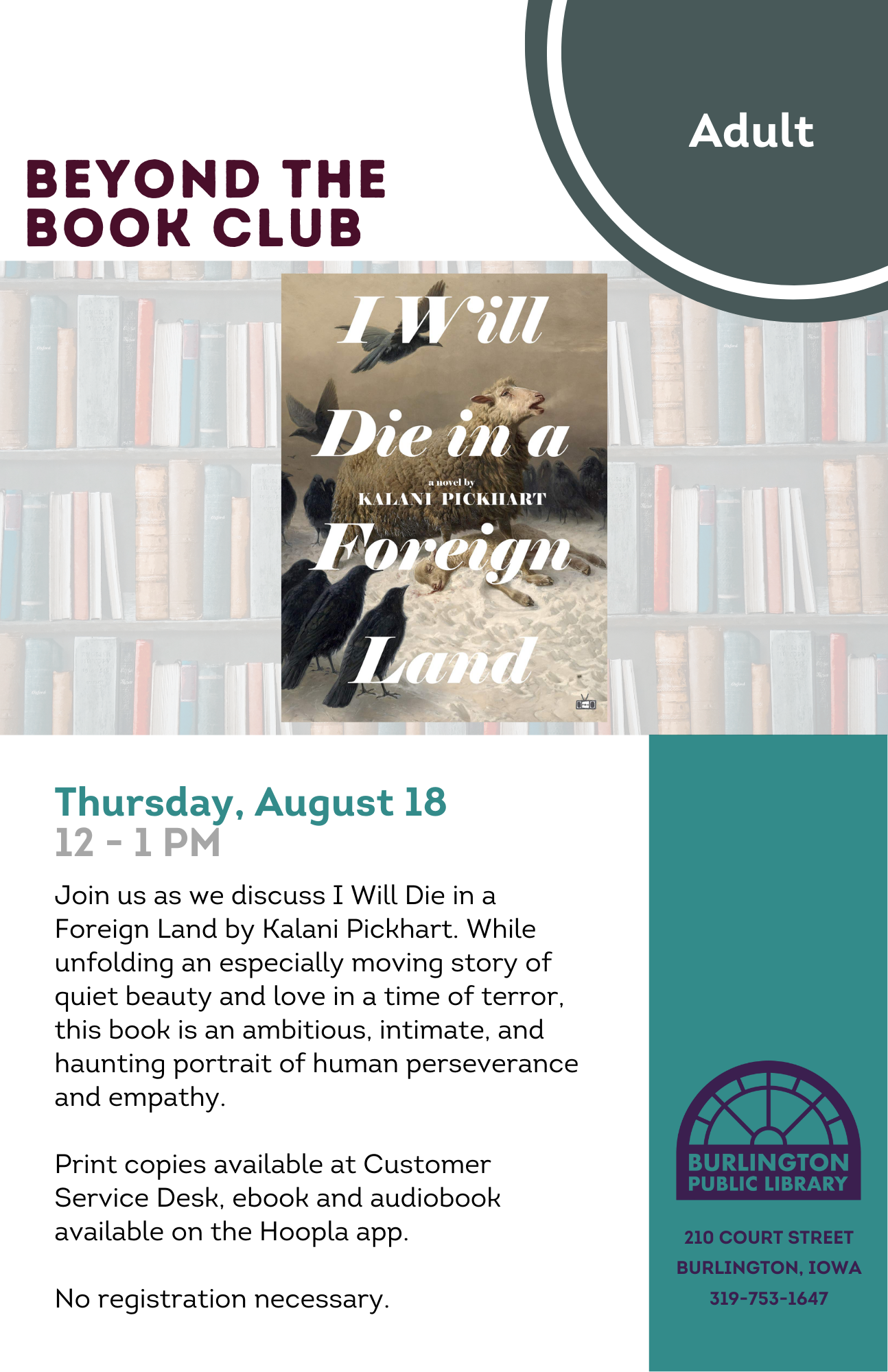